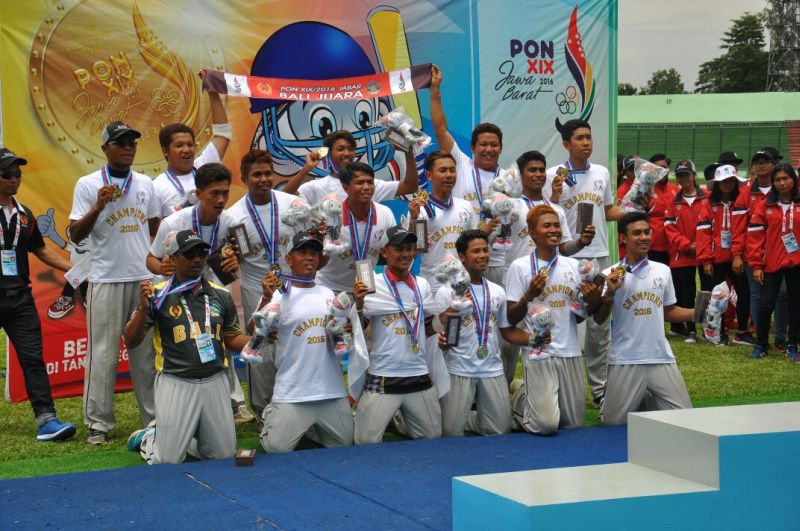 BANDUNG – Team Cricket Bali appeared unstoppable in repeating the winning success at T20’s number in PON XIX Jabar 2016. All this happened when the team beat Jabar team in the final game by a score of 177-94.

Jabar team as the host won a silver medal in the men’s T20’S cricket team equaled the women’s team who took second place at number 8’S. All of that is the highest achievement of Jabar team, as host. Whereas previously Jabar targeting two gold through their men and women team.

Meanwhile Jakarta cricket team did not want to be left behind by the Bali team who collected two gold medals through the women’s team in the T8’s and T20’S number.

“We hope the achievements in PON XIX this time can be increased to higher level. Because cricket besides being competed in the SEA Games in Malaysia in 2017 was also going to be held in the Asian Games 2018 in Jakarta,” said Vice Chairman of the PP PCI, Abhiram Singh.

Abhiram said the increase performance of cricket sport in Indonesia is fast enough to equate with other countries. Through the performance that exists today in the PON XIX, PP PCI cricket athletes optimistic Indonesia can contribute medals for the Indonesian contingent at the SEA Games and Asian Games.

Efforts to meet all of that has made PP PCI provides supports for athletes in various international events such as Singapore, India and Malaysia. With the experience in international level, achievements of national athletes will rise rapidly to match the athletes from other countries.