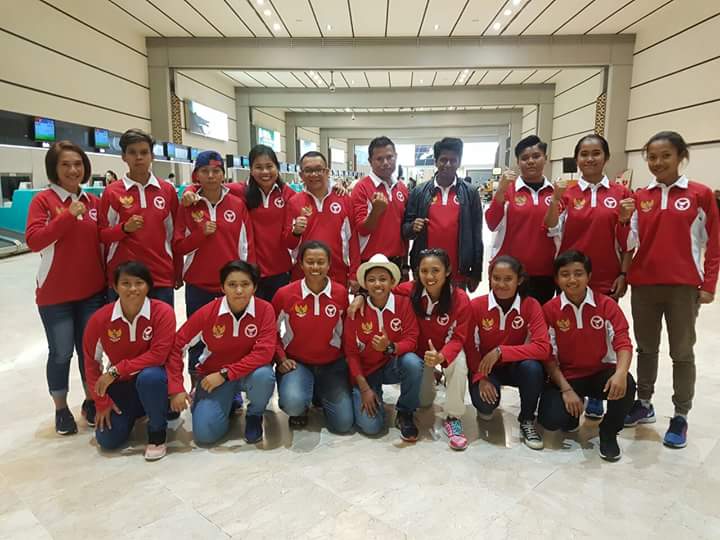 Jakarta – Without fuss Indonesia Cricket team Men and Women performed brilliantly beat the Singapore national team with a score of 3-0 in a test match at the Cricket Field Buperta (Campgrounds) Cibubur, East Jakarta, held from 10 to 12 February, 2017.

The success of the national cricket team of men and women is the hard work result of athletes who exercise hard for this. Likewise, the support of the coaches and administrators of PP PCI that give opportunity to test national and international levels in South Korea a few months ago.

The same thing expressed by the Deputy Chairman of the PP PCI, Abhiram Singh Yadav. The satisfying results against the Singapore national team can be increased during the preparation of athletes to the SEA Games and Asian Games. With the hope that both men and women national cricket team successfully presenting medal for Indonesia while performing both at the SEA Games in Malaysia September 2017 and in Jakarta in 2018.

“We are optimistic that the hard work of coaches and athletes and supported by PP PCI board such as Chairman of Development, Albert Tangkudung, Chairman Dana fields, Rita Widyasari will provide powerful strength. Moreover, with support from the government that gives the opportunity to appear in several international championships before appearing in the SEA Games and Asian Games, “said Abhiram.

According to the Chairman of Development Achievement PP PCI, Albert Tangkudung, the cricket team was able to improve their performance through training and trial matches. Tested against tough teams from other countries, an athlete can measure the strength of their opponent and themself.

Things like that can be a major weapon in the face of an opponent when performing at international multi events on Asean and Asia level later. With the hope that men’s and women’s cricket team can presenting medals for the Indonesian contingent. All that is with inseparable role from government that provide the opportunity for the national cricket team to follow Pelatnas SEA Games and Asian Games.