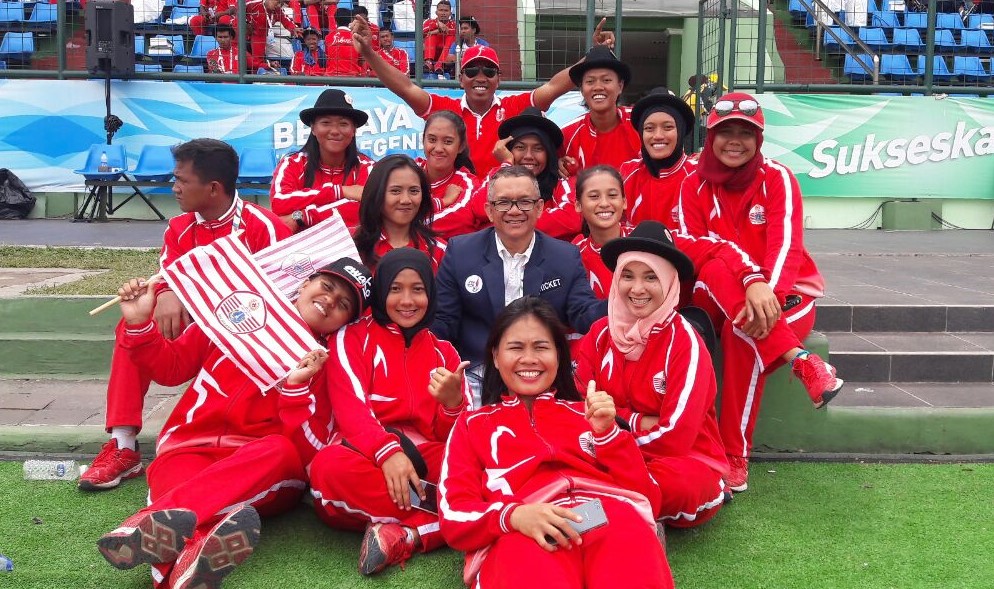 Bandung – Through super tight game, finally, the woman Cricket team of DKI Jakarta won T20’S woman in PON XIX Jabar 2016. It was happened when DKI team beat Bali in finale match with a score of 93-92.

The previous game of the DKI woman team did not have a burning spirit, but after being supported by the spirit of PCI DKI Provincial Pengprov Johansyah Lubis, the team who was led by Nurul Naharis show their best efford to make runs 93 in over 15 with 3 wicket.

It also made DKI Jakarta team deserved to win and as champion of PON XIX Jabar 2016. While the Balinese team who only make runs 92 overs 20 and 7 wicket must be satisfied to occupy the second position and is entitled to a silver medal.

According Johansyah Lubis, Jakarta team victory in T20’S match should be given two thumbs up. With conditions that had declined, finally they rose to be the champion. With the victory the DKI Jakarta team was able join championship in the T8’S woman, “We are grateful for the their games to bounce back, even though they have been loosened up for some reason. But after being given a shot of trust finally got up and won, “said Johansyah.

Bronze medal for those who failed to step into the final in the previous game of Kaltim and South Sulawesi equally gets bronze medals. It proves that the competition in PON XIX is getting tighter which also come from different regions.