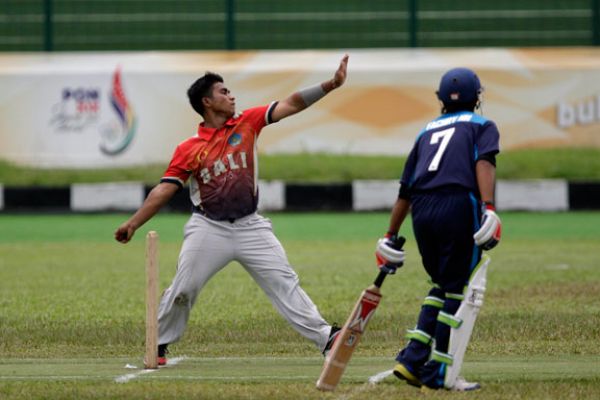 Bandung – Jabar Woman Cricket Team had a burning spirit to appear in PON XIX Jabar 2016. All that proved when defeating Central Java with a landslide score of 151-68 in the first match in the T20’s Woman.

The defeat in the final from DKI Jakarta team at T8’s number in the previous game did not make the Jabar Woman team dissolves with grief. Through a burning spirit to collect victory points, Tazkia Hanum and her friends played quite tactically.

Through the toughness of Tazkia Hanum, cricket team Jabar continue to collect the best point. But unfortunately, other tough players such as Adlia Rahma did not appear in the game because it was concerned that injury on her left hand could bleed again.

To maintain her health, Adlia replaced his partner Rahma Dewi. Therefore, the game remained fierce in collecting victory scores for Jabar team to beat Jateng with a landslide score of 151-68.

“Adlia was deliberately replaced Rahma, in the hope that the injury on her left hand would healed quickly. Hopefully when entering the semifinals to the final Adlia can perform again to strengthen the cricket team of Jabar, “explained team manager of Jabar Cricket, Lutfi Rahman.

As for other matches in the woman category, Banten subjugated South Sulawesi with a landslide score of 79-105. While, Jakarta won slightly against Bali with the scores of 87-86.