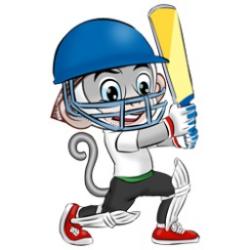 The Bali team who previously won the T8’S championship did not want to miss the games to pursue a comeback in the T20’S final. Through tactical game finally Bali team won by 64-63.

In the next match, Jabar team which failed to step into final match in T20’S did their best to be the champion. It was proved in the semi-final match when defeating their “arch nemesis” DKI Jakarta 98-96.

Monitoring Cricket matches in PON XIX, Chairman of PP PCI, Azis Syamsuddin gave a two thumbs up, all teams had the highest spirits to win the game.

“Competition in PON XIX this time is quite fierce and the development of athletes’ achievement is very even. I hope that the current achievements can be improved more to the next level, “said Azis who is also Member of Commission III of the House of Representatives.

Azis Syamsuddin expect, all players who support their team should uphold the principle of sportsmanship. With a sporty game, it will bear an athlete who really has the highest achievement and is expected to compete in the international level.