Deprecated: The $control_id argument is deprecated since version 3.5.0! in /home/u482798427/domains/cricketindonesia.or.id/public_html/wp-content/plugins/elementor/modules/dev-tools/deprecation.php on line 301 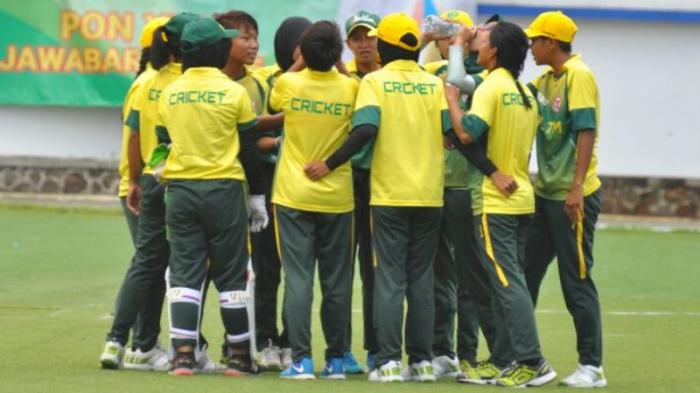 Bandung – Kaltim Woman Cricket Team awarded bronze medal at T20’S woman number in PON XIX Jabar 2016. It was happened as they lost out in semi-final match to Bali team with score of 68-114 at Persib Stadium Bandung, Sunday (25/9).

Actually Kaltim players was on fire when entering the semifinals. But unfortunately, Bali players have enough experience to perform in the game.

With more experience, Balinese players did not encounter any difficulty in collecting winning score and finally closing game with score of 114-68.

Bronze medal winner, Yuliana was delighted to win medal in their very first PON, even though it was bronze. Hopefully this achievement can be improved again on the next level.

“I give my full support for Kaltim players who can achieve a bronze medal. With the medals from PON, it can be used as a whip in other championships in the cricket games, “said cricket athlete from Kaltim, Rita Widyasari.

Rita who is also treasurer of PP PCI said, Kaltim players have tried their best in the game. But their rival had quite accurate resistance and eventually won the game.

While the Bali team advanced to the final against the DKI Jakarta team who won with a landslide victory over the team of South Sulawesi with a score of 132-52.