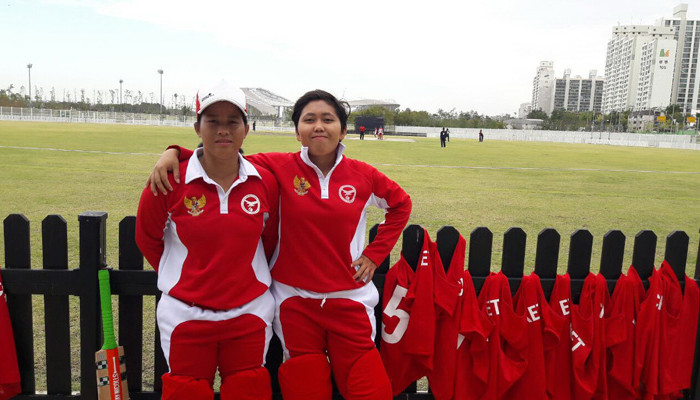 It shows the progressive increase in achievement of national athletes who are promoted to the Malaysia SEA Games XXIX, 2017 and Jakarta Asian Games XVIII, 2018 has meet the target. With the score a landslide victory of 118 runs and South Korea scored just 94, is an achievement to be proud of.

The players on the field in the match, Ni Putu Nanda Sakirini, Ni Wayansari, Andriani and Annisa Sulistianingsih has a good teamwork in generating victory point.

National athletes through their accurate play manage to give hard time to the South Korean players Kim B Song, H Kwon and Kim B Park. That’s what makes the Vice Chairman of the PP PCI, Abhiram Singh Yadav felt relieved.

Because the players in the trial match facing the South Korean national team started to show their level. With hope, their achievements can be increased to the next level, up to the SEA Games and Asian Games.

On a separate occasion the head coach of the national cricket team Soni Hawoe via short message giving the thumbs up. But he asked that the victory over the South Korean team in the trial match should be evaluated. With hope, the strengths and weaknesses of national players can be monitored in order to perform even better on their return to the homeland.

The match in South Korea is a rehearsal and trials with several existing cricket team. Facing players from other countries he said, can test the mental sparring in addition to improve achievements, both in technical terms, as well as stamina. With hope, the national cricket team can perform well while performing in multi international events.